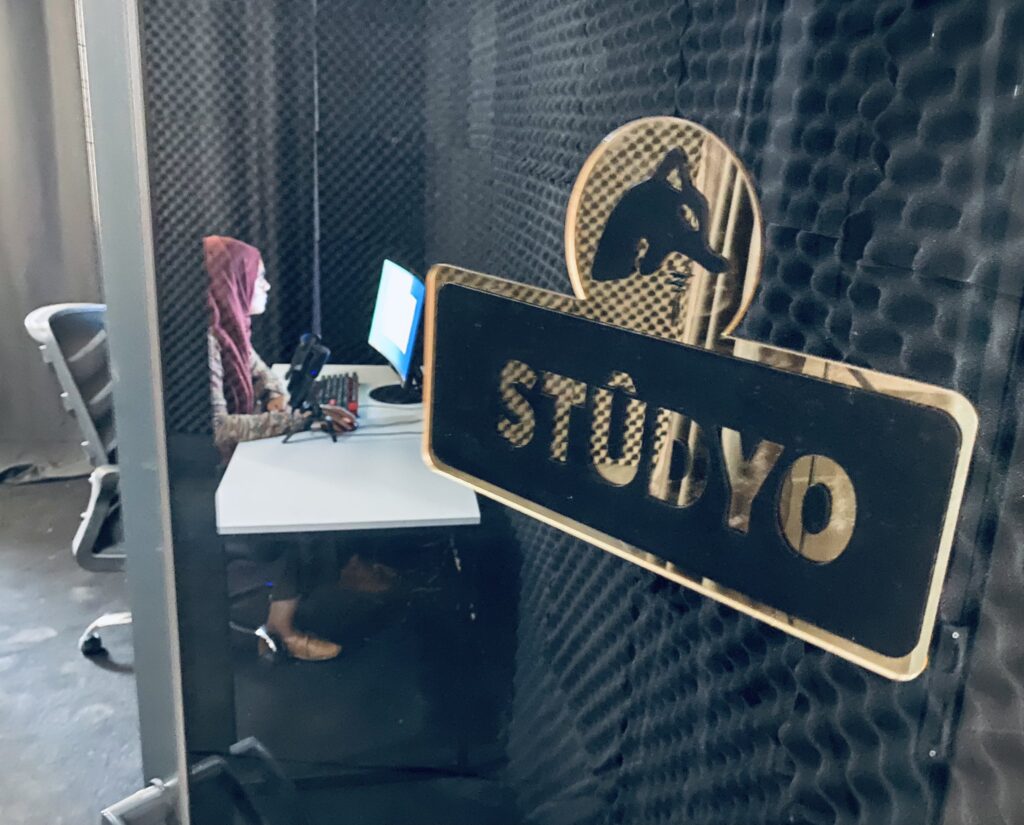 Our studio and newsroom are free of charge for journalists

Botan International, in partnership with Reporters Without Borders (RSF), prepared a sound recording studio and Newsroom in Diyarbakir. Journalists living in Diyarbakir, or those who go to Diyarbakir to produce news, use the studio and newsroom free of charge.

The mother tongue of about 25 percent of Turkey’s citizens is Kurdish, but education in their language is forbidden. It is not forbidden to organize workshops. Botan International is the first and only Kurdish media education institution in the history of Turkey. The organization provides Kurdish Digital Media education through workshops and seminars.

135 people applied to the last workshop organized by Botan International for 15 people. We received hundreds of thank you messages for our partnership with RSF.

Her majesty, the last Kurdish princess, Sînemxan Bedirxan thanks Reporter Without Borders (RSF) in French for its support to Botan International.

Her majesty, the last Kurdish princess, Sînemxan Bedirxan thankes Reporter Without Borders (RSF) in French for its support to Botan International. @BotanInt is the only Kurdish organization that provides Kurdish Media Education in Turkey. The sponsor of the project is @RSF_inter pic.twitter.com/7m8JDmPITG

Botan has organized 5 online Kurdish media workshops and four seminars so far. The organization will prepare and conduct a Kurdish podcast workshop in August in its new office.

Participants receiving podcast training will produce podcasts in the sound recording studio under the supervision of expert journalists. The Podcasts produced will be purchased and published by the Botan Times website. RSF will also sponsor purchased podcasts. We would also like to invite you to visit muchbetter casinos canada from our partners with bonuses from us. You can try your luck there and have a lot of fun.

Botan International has provided Kurdish Digital Media training to 82 journalists and journalist candidates so far. Young journalists with the help of the training seminars, have created a network between institutions and experienced journalists.

Media officers of Diyarbakir-based organizations that carry out rights-based projects also took lessons in our training programs. NGOs and small organizations will use the studio, microphone, and computer equipment sponsored by RSF and Botan International to promote their work.